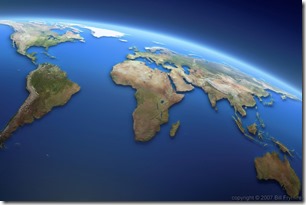 Religious demons are a specie of Satan’s angels that cloth themselves with false garment of righteousness and pretends to carry the light of Jesus Christ. The Bible rightly informed us that in the days preceding the second coming of the Messiah to gather his children, false prophets would arise with mind-blowing signs and wonders. For they are wolves in sheep clothing,who have only come to deceive the chosen of the Lord and lead them astray. Nothing in their outward appearance would tell you their true identity as agents of darkness.

Those with religious demons are born with it or become afflicted at a very tender age because of the light of God upon that child. Satan does not have time for those children who are not carrying the light from above. What he simply does is to substitute that glorious light with his own fake light to achieve his objectives; which is to populate his kingdom with as many of God’s elect as possible. It is happening before our very eyes in Africa, South America and part of Asia – false prophets are rising with such speed that indicates the end is nearer that we think! Europe and North American have had their fair share of real and false prophets at the beginning of the 20th century; that was what lead to the proliferation of churches and societies in today’s world.

What is the characteristic make-up of religious demons? You would notice in Gospel Ministers that are afflicted by them the following; pride, arrogance, lust of the eyes and boastfulness. Rather than do what glorifies God Almighty or Jesus Christ, they do signs and wonders that would boast their profile. Salvation messages are lost in the mist of their own desire to be popular and actually no one is saved in their congregation. Those they are suppose to serve as ministers, become participants of the Kingdom of God rather than partakers of the fruits of His Grace.

Apostle John summed them up as follows; “Love not the world, neither the things that are in the world. If any man love the world, the love of the Father is not in him.” (1 John 2:15-16) The things of the world are all around us, expensive cars, mansions, private aircrafts, luxurious living and the fast lane, but yet professing Jesus Christ – who was meek, peaceable and humble! These people cannot balance the salvation equation because their minds have been clouded by the overwhelming glory of the earth, which Satan showed to Jesus during his temptation in the wilderness. In conclusion, John said this “For all that is in the world, the lust of the flesh, and the lust of the eyes, and the pride of life, is not of the Father, but is of the world.”

Remember this brethren, religious demons manifesting as prophets, pastors and teachers of the gospel are as cunning as their master, the devil. They start charitable causes not because they really want to, but to show themselves as agents of light. They bare fruits that cannot stand the test of time, but mesmerized their audience with powers with sorcery inclination to catch the human imagination and hold it captive.

The true prophets are meek, humble and charitable and not boastful of either the anointing and blessings of God in their lives. Their fruits replicate them wherever they are found. A baby does not father a baby, but a matured adult who must have learnt the rudiment of being a parent.

A man of God can be afflicted with religious demons without knowing it, unless he goes through deliverance. It is only when he or she comes to the realization of what is manifesting as pride, lust of material wealth and boastfulness in his life, that such deliverance can be successful. Awake or sleepy head, for the devil your adversary is lurking around you to destroy you. Ask God to reveal that spirit on the altar to you before you become too comfortable in that place of worship.

2 thoughts on “Beware of Religious Demons In Our Mist”

A Messenger Of God For This Generation

Partner with my Evangelical Outreach To The Nations. Sow into the  God’s Kingdom Business. Partner at: www.phillipseteng.com/donate